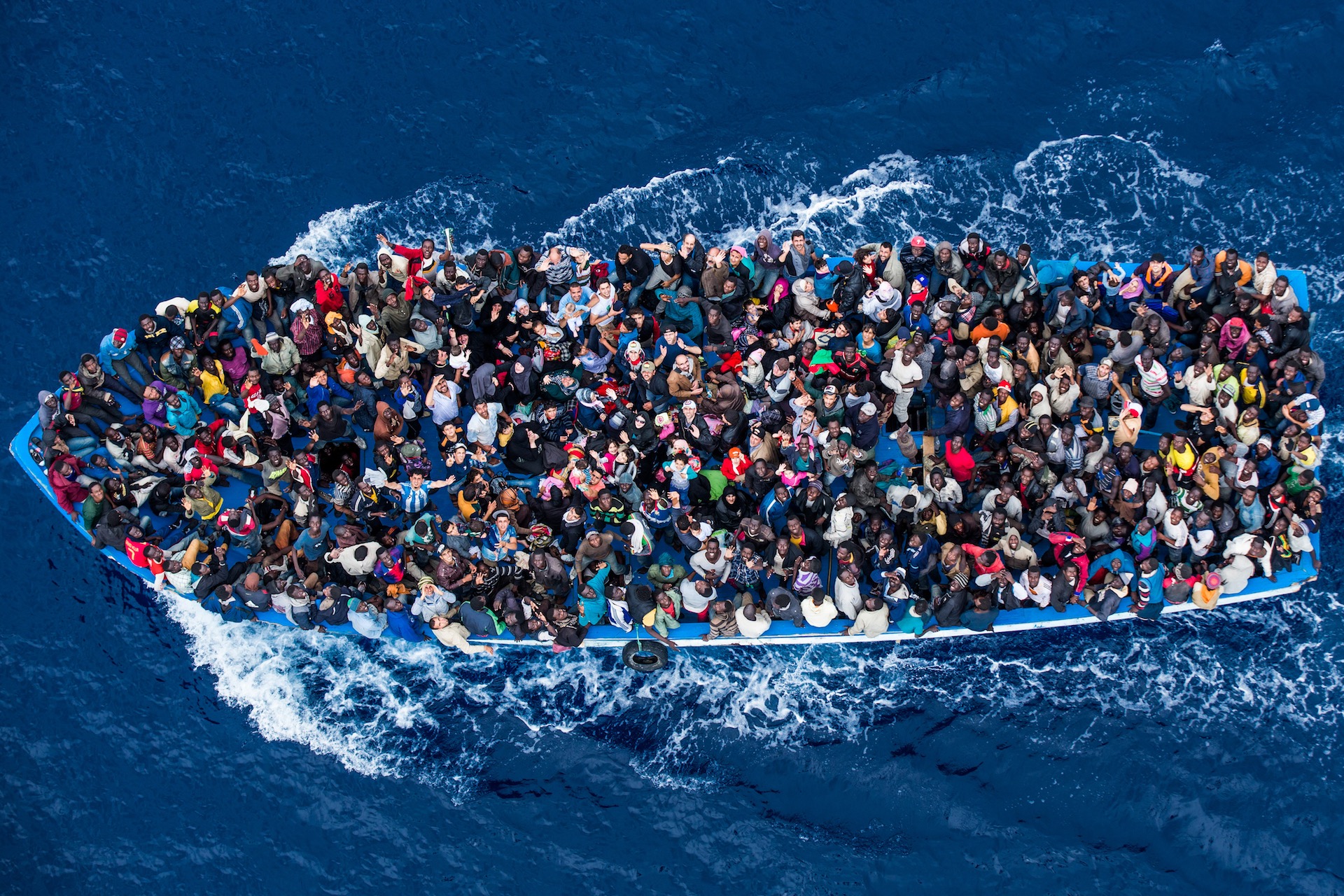 I was able to be on board of the helicopter thanks to the long-lasting collaboration I have with the Italian State Police with whom I also realized the exhibition Italia’s horizons.

Refugees crowd on board a boat some 25 kilometers from the Libyan coast, prior to being rescued by an Italian naval frigate working as part of Operation Mare Nostrum (OMN). The search-and-rescue operation was put in place by the Italian government, in response to the drowning of hundreds of migrants off the island of Lampedusa at the end of 2013. The numbers of people risking their lives to cross the Mediterranean Sea rose sharply in 2014, as a result of conflicts or persecution in Syria, the Horn of Africa, and other sub-Saharan countries.

OMN involved the Italian Red Cross, Save the Children, and other NGOs in an effort not only to rescue lives, but to provide medical help, counseling, and cultural support. Naval officers were also empowered to arrest human traffickers and seize their ships. In its one year of operation, OMN brought 330 smugglers to justice, and saved more than 150,000 people, at least a quarter of which were refugees from Syria. The operation was disbanded in October, and replaced by Triton, an operation conducted by the EU border agency Frontex, focusing more on surveillance than rescue.