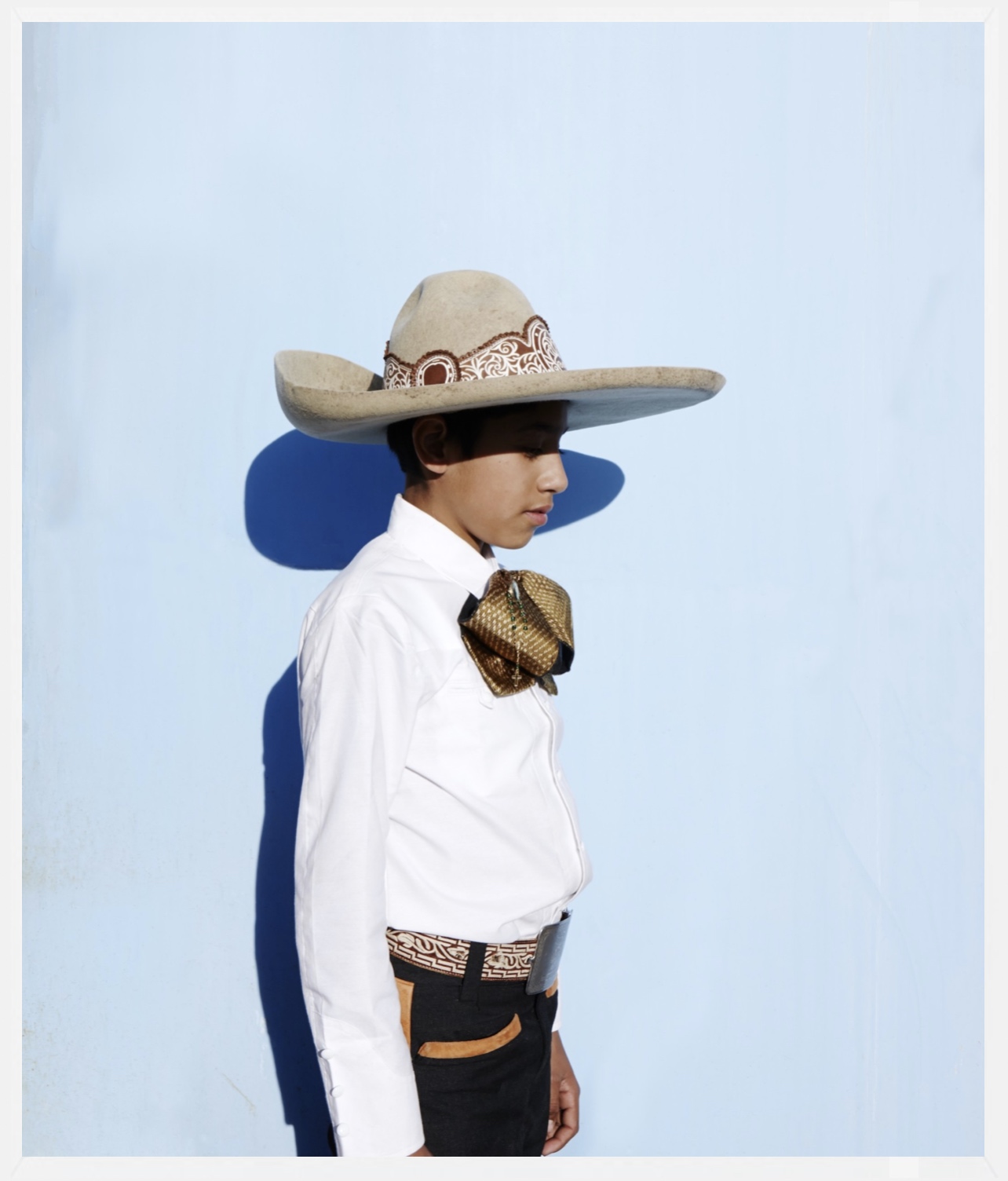 Vaquero from the series Smoke Bombs and Border Crossings 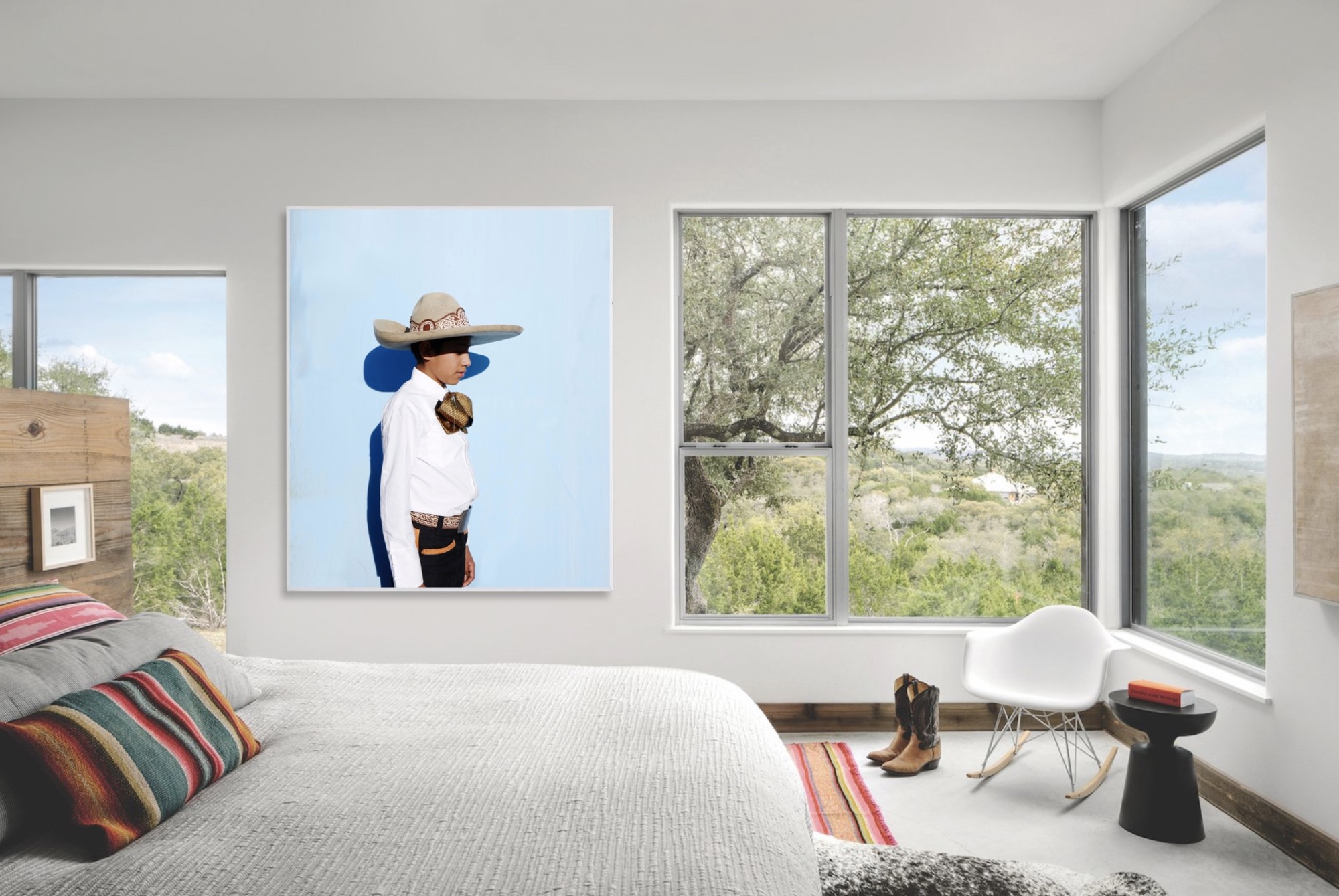 Photographed in both Texas and Mexico, this project is a survey of my own backyard merging documentary portrayals with dreamlike creations to investigate notions of nationalism and community.Influenced by my Mother’s Italian heritage and my Texas upbringing, Smoke Bombs and Border Crossings draws inspiration from classic Spaghetti Western movies, the 1960’s subgenre of Italian Western films made famous by director Sergio Leone.

I have long been interested in the American archetype, the Wild West and how its iconic self-image is represented in television, movies and interpreted in the US and by other cultures. Simply telling people I am from Texas begins a discourse laced with stereotypes made famous by the genre.

Spaghetti Westerns famously appropriated, reinterpreted and questioned its own and Western mythologies. Reflecting cultural and political conditions of post war Europe, the genre developed into a repository for issues concerning National Identity on both sides of the Atlantic. I am intrigued by the present-day use of ‘the Wild West’ to either approve of or disparage the new frontier, and I am curious in what it could say about the current state of the American myth.

With an emphasis on costume and uniform, the work combines fact and fiction in punctuated phrases where subjects act out characters as part of a group or a team. This project integrates my ongoing fascination with regalia and continues my exploration of self-representation and cultural identity at large.

In Smoke Bombs and Border Crossings, Mexican Charros, American Cowboys, military soldiers become suspended in a playful sense of preparedness at the Texas Mexico Border. A territory of blended nationalities, legendary historical battles, contested land, and a very famous wall. This is the true Wild West.

She has received many honors and awards for her work from both publications and institutions. Most recently, she was a Grand Prix Finalist at the 32nd International Festival of Fashion and Photography in Hyeres, France; received the Descubrimientos (Top Discovery) PhotoEspaña Prize in Madrid; Kolga Photo Award in Tbilisi, Georgia; PhotoVisa Award in Krasnodar, Russia; FotoFest Discoveries of the Meeting Place in Houston; and The Taylor Wessing Portrait Exhibition at the National Portrait Gallery in London. Ms. Newberry’s photographs can regularly be seen in the pages of magazines and are in the permanent collections of The Museum of Fine Arts, Houston; Centro de Arte Alcobendas, Spain; and Villa Noailles, Hyères, France. Her work has been exhibited throughout the US, Europe and China. She can often be found chasing tumbleweeds between her home in Dallas and Marfa, Texas.